Waistcoats are common across Asia, USA, UK, Canda and Australia, though usually worn as an outer garment, as Indian pakistani wedding, fetive season and formal events do these days.
View as Grid List
Sort by
Display per page

Waistcoat for next Formal Event 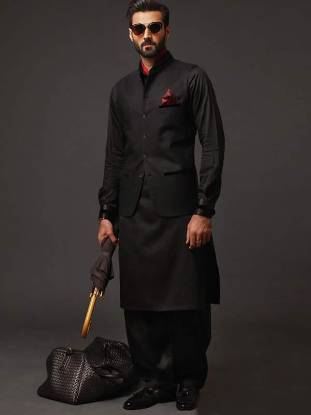 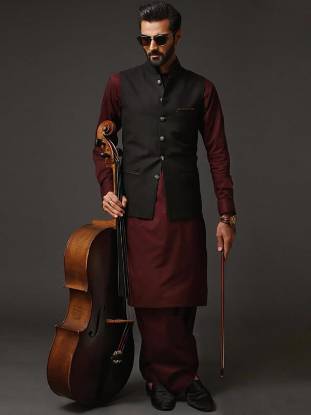 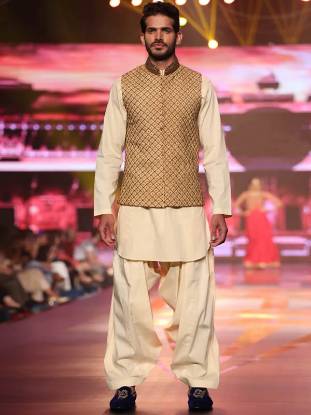 Mens Waistcoat for any Occasion 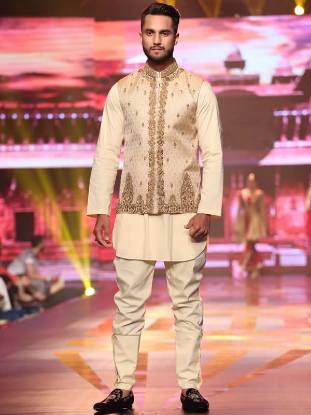 Waistcoat with Kurta and Pajama 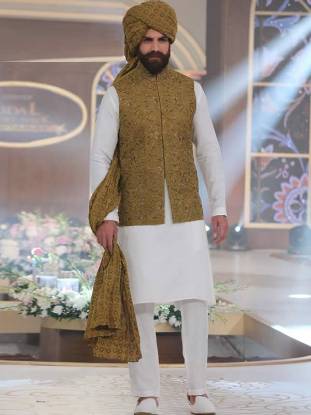 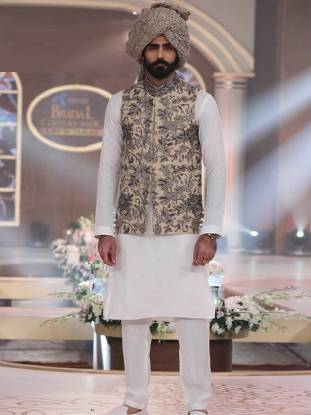 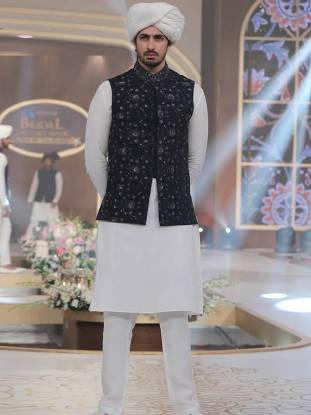 Graceful Waistcoat with Kurta and Pajama 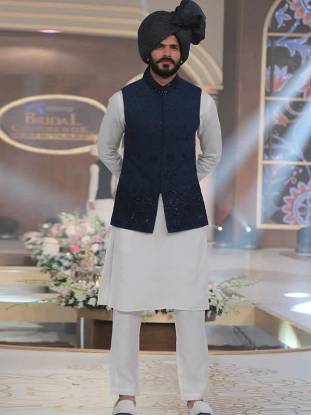 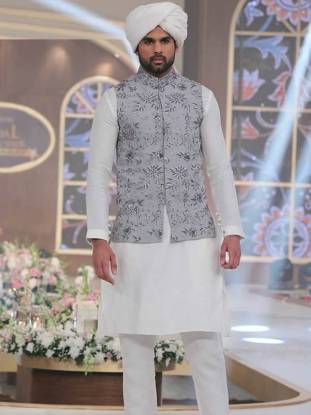 Designer Waiscoat with Embellishments for Wedding and Special Occasion

Waistcoats are common across Asia, USA, UK, Canda and Australia, though usually worn as an outer garment, as Indian pakistani wedding, fetive season and formal events do these days.

The creation of waistcoat by an English king.

The waistcoat, or vest (as it is known in the United States), is a close-fitting sleeveless garment originally designed for men that buttons (or occasionally zips) down the front to the waist. Produced in either single or double-breasted styles, the waistcoat is designed to be worn underneath a suit or jacket, although it does not necessarily have to match. Similar garments are worn by women.

Originating in Persia, waistcoats first became fashionable in the middle of the seventeenth century. The new style was noticed by Samuel Pepys in 1666: "The King hath … declared his resolution of setting a fashion for clothes which he will never alter," he wrote in his diary. "It will be a vest."

King Charles II was persuaded that, after the Great Plague and the Great Fire of London, a much more sober form of attire should be worn by gentlemen, particularly in view of the gross extravagance displayed in the French court at the time. The vest was a knee-length garment that would follow the cut of the coat but would be much tighter in fit. It was designed to discourage the use of lavish materials (such as lace) by covering much of the body in plainer and cheaper material. By 1670, vests had become one of the most important European fashion trends of the time, particularly among nobility who would soon forget the notion of sobriety in favor of opulence and excessive decoration.

I got my bridal dress and other outfits in given estimated time, I like all the Joras, fitting, fabric quality and embellishments, everything is perfect, Thank you
Rubina K
Australia